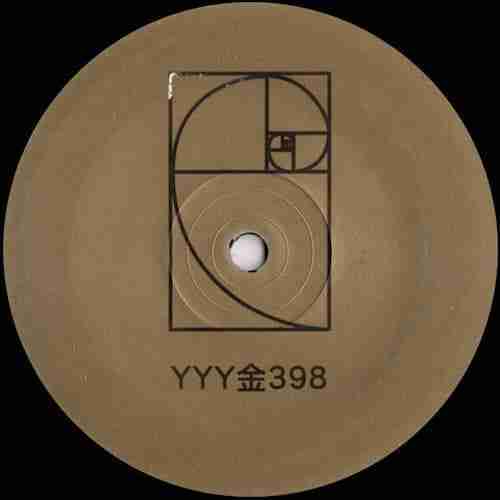 Anyone else confused as to what officially constitutes a Deep House record these days? If not take a listen to what Juno & Beatport classify as Deep House and you’ll understand our confusion…

For sure about 10 years ago if you bought a Deep House record you could confidently expect it to have a more complex structure than your typical House tune, with increased instrumentation and often a jazzy or lounge type feel making up the overall sound. Yet according to Beatport and many associated DJ’s, Deep House is anything but jazzy and complex, in fact Beatport Deep House basically sounds like to today’s featured record ‘YYY – YYY398A’; stripped back, minimal instrumentation with a kick designed for maximum crowd appreciation as it is removed and replaced throughout.

This type of, as I like to call it – Remove bass, replace bass fire C02 cannon House’ is the stuff that has become the generic DJ’s sound of choice, with an arrangement and use of sounds so alarmingly similar that virtually any average Joe can cobble together a half decent set. This is not to say that as a genre, whatever genre it actually is, can’t be played well, it most certainly can in the right hands, and equally there’s no denying its rhythmic and rolling appeal, of which YYY 398a is a prime example, can also be highly infectious and enjoyable. But whatever your opinion on the sounds merits or lack there of, there is no justification for classifying it as Deep House, it is fundamentally not Deep House, and as Juno suggests a more accurate classification would be ‘Minimal / Tech-House’.

However when all is said and done, genres really aren’t that important, you either like the music or you dont. And for us YYY398a is already on order and hopefully arriving soon.