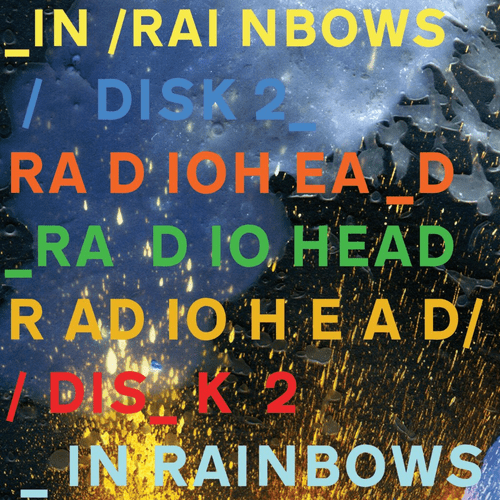 Radiohead have just announced that ‘ In Rainbows ‘ 2nd disc, which was originally only available as part of a box set, is now available to stream via both Apple and Spotify. This may not seem particularly significant, although welcome, however you have to remember that when ‘In Rainbows’ was originally released it was the first pay-what-you-want release by a major artist, which led to much debate as to the future of the music industry and Radiohead’s apparent indifference towards the need for record labels. So much so that Thom Yorke was quoted stating:

“I like the people at our record company, but the time is at hand when you have to ask why anyone needs one. And, yes, it probably would give us some perverse pleasure to say ‘F___ you’ to this decaying business model.”

A quote that seemed mighty admirable at the time, even Robin Hood like as Radiohead were prepared to give away their 7th studio album for free. However as it turns out, when the numbers were crunched, ‘In Rainbows’ had made more money than their previous album ‘Hail To The Thief’, and that was even before it had got it’s own physical release or was controversially made available to stream in 2015.

Why do I say controversially?

In 2013 Thom Yorke described Spotify as the “the last desperate fart of a dying corpse”. He’s main beef being – “We don’t need you to do it. No artists needs you to do it. We can build the shit ourselves, so fuck off. But because they’re using old music, because they’re using the majors… the majors are all over it because they see a way of re-selling all their old stuff for free, make a fortune, and not die.” Hmmm, so what are you doing now Thom by making ‘In Rainbows’ available to stream in 2015 and then the second disc in 2016? not to mention your whole back catalogue via your current label XL. It can only be the same reason why professional footballers are now deciding to ply their trade in China, why certain multinationals are paying disproportional amounts of tax in the UK, and why Panama has become the destination of choice for the rich and famous. As Stevie V would say – ‘Money talks, money talks, dirty cash I want you, dirty cash I need you, oh’…shame… I guess Thom’s green tights are back in the closet for now!