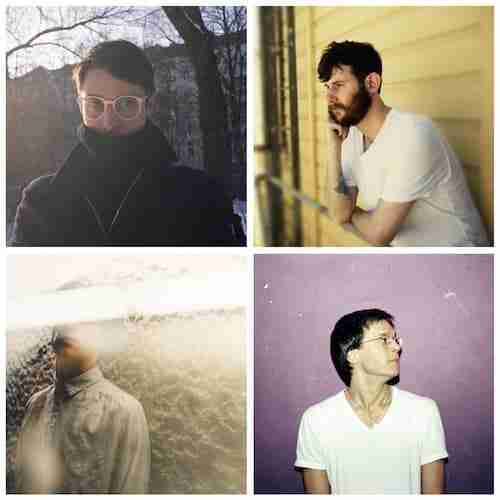 This weeks new music round up see’s Roman Flugel and Andrew Weatherall remixing Phil Keiran’s – Blinded By The Sun. Ghost Culture is back on Erol Alkan’s Phantasy Sound imprint with a new sparkling techno 12. Matrixxman is getting all 303 acid for Dekmantel, and last but not least Call Super goes Balearic on his remix for Gerd Jansons Running Back Records.

Towards the end of 2016 Phil Kieran released his 3rd LP – Blinded By The Sun via Jamie Jones Hot Creations. Truth be told it was not an LP that particularly grabbed us by the short and curlies and demanded we pay it heed. It was all just a little too restrained for our tastes. That said there is no doubting the craftsmanship that has gone into this record, with layer upon layer of luxuriously rich sonics, sonics that subsequently remixers Roman Flugel and Andrew Weatherall have teased out with considerable aplomb. Of the two remixes Phil Kieran – No Life ( Roman Flugel Remix ) is perhaps the choice cut, but that would be splitting hairs.

Ghost Culture returns to Erol Alkan’s ever burgeoning Phantasy Sound label. A label we once hosted as a showcase 4-5 years ago. Yes aren’t we clever!. Name dropping aside, Erol has always known a good tune when he hears one, and it would appear none of that enviable awareness has been lost over the years. Following his 2015 self titled debut LP Ghost Culture is back with yet more irresistible melodic techno. We first heard this on B-Traits Radio 1 show a few weeks back and have been itching to talk about it ever since. So here it is.

Like Ghost Culture, Flugel and Weatherall above, Matrixxman has also dug out his analog synths, in this case what sounds like the inimitable Roland 303. Which of course means acid or more specifically: Matrixxman – Sector II: Acid. Sector II as you’d imagine follows Sector I, both of which the presently unstoppable Dekmantel have had the honour of releasing. Of the four tracks on the EP it’s the forthright opener Matrixxman – Arrival and the wispy almost cavernous Rites, that do the business for us.

Finally, and as we said above, by no means least, we have a fresh remix from the ‘Little Tree’ fresh like talent Call Super. Last year he blew us away with one of the most engaging break downs of 2016, via his sublime Nervous Sex Traffic record. And now he’s kicking of 2017 nice and early with a Balearic tinged rework of Telephones – Vibe. The remix package also includes work from another rising name DJ Fettburger, who perhaps on second and third listens has created the pick of the package. We’ll let you decide.