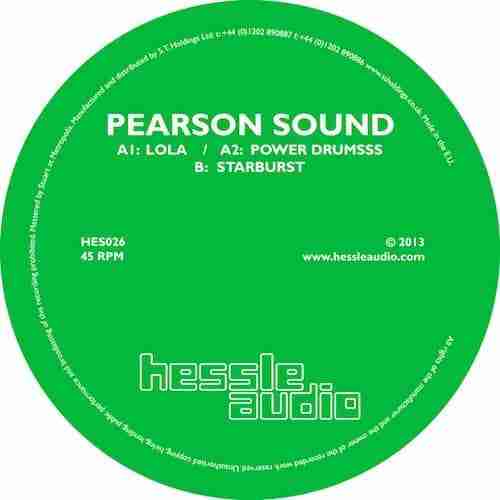 Pearson Sound is one of those artists that you either love or you hate. His sparse beats and general lack of melody are never going to attract him to the masses, and even for his cult underground following he occasionally over indulges his own tried and tested formulae. However Pearson Sound and his former identity Ramadanman have never really changed the methodology, which you have to admire when you consider he has consistently generated interesting beats from essentially beats. Most notably the records ‘Untitled’, ‘Void 23’, ‘Gridlock’, ‘Blank’, ‘More Than You Know’ and of course his HUGE remix of Jamie Woons ‘Night Air’ have been our personal picks over the last few years.

Pearson’s last Hessle Record flattered to deceive in our opinion with it essentially feeling like a DJ drum tool. Whilst melody is not a precursor to effective and enjoyable club music we do like to hear some sort of hook. We should clarify that when we say hook we dont just mean a big vocal loop or grooving House bassline, an effective hook can often be as simple as a single sound that grabs your attention, take ‘Untitled‘ for example. This is where the EP’s opener step ups, delivering a trademark Pearson Sound sub bass and kick combination whilst a sufficiently interesting pan pipe type sound grabs your attention. Power Drumsss descends back into drum tool territory, whilst EP closer Starburst confounds expectations as its purposeful yet sparse drums give way to an airy ‘Boards Of Canada’ type wash of sound. Overall an enjoyable record with Starburst being the unexpected highlight.