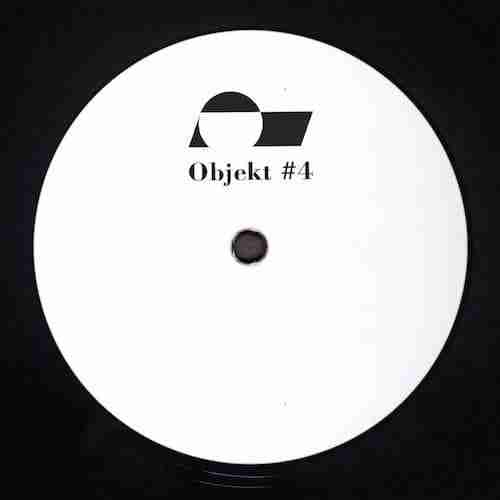 Objekt #4, as you have most probably guessed, is the fourth in Objekt’s ongoing hashtag EP series. An EP series that emphatically announced the Berlin based producers arrival on the club scene in 2011 with, incidentally, his most streamed track to date – The Goose That Got Away. Since then there has been #2 with the potentially seminal, if that’s not too big a statement – CLK Recovery, #3, a release for Hessle Audio and his debut LP ‘Flatland’. A discography that has had most discerning club heads, without hesitation, universally applauding. However to stop there is like saying when you buy a tub of Quality Street it will not contain the odd divisive Coffee Cream. In reality Objekt comes in two distinct flavours. Experimental, slightly abstract Objekt, and accessible, everybody’s favourite Objekt. So where does Objekt #4 – Theme From Q fall and which of the two do you prefer?

Well if you’ve already clicked play you’ll know that Objekt #4 – Theme From Q is most certainly not a coffee cream. In fact it is possibly his most accessible track to date. With its DJ friendly intro, crisp hardcore groove and 90s Korg M1 hook.

A friendly intro may seem like a strange thing to highlight in our presently well choreographed dance scene, however for those of us into our underground dance records will know, there is an occasional tendency by some artists to make the opening bars of said records a little overly cryptic. Which in our opinion is self-defeating creative obstinance. We’re not against creative freedom, of course, but surely you want as many DJ’s as possible to play your records? If so, get random in the middle, not the beginning..! Anyway, gripe aside, Objekt nails the opening 90 seconds with a crisp, velvety smooth and progressively weighty hardcore groove, a groove that allows the very accessible main hook to sound both obvious and credible.

‘Theme From Q’ is most certainly Objekt at his accessible best and perhaps where we generally prefer him to be. That said there’s enough here that his more left of centre fans shouldn’t be disappointed either.