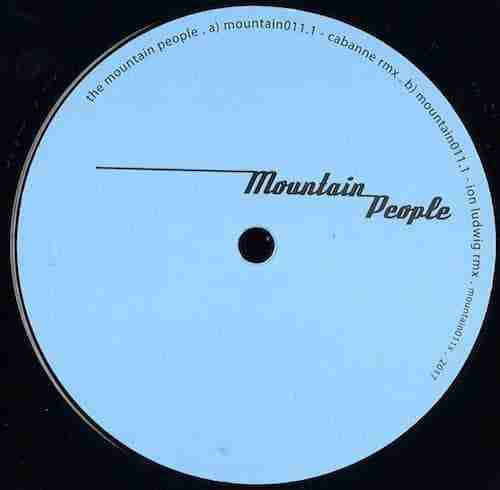 You know that House music that is often called Deep House where the DJ turns the bass off and then turns the bass back on to get your hands in the air? Well, technically this is that type of record. However to leave our description there would be an unfair generalisation of this sound, the DJs who play it, and the record featured here: Mountain People 011.2 – Makcim & Levi Remix.

In truth a better genre classification, as used by Phonica and Juno, would be Minimal / Tech-House. A classification that indicates that what you’re actually getting will be stripped back, mostly likely built around one repeating theme and heavily reliant on the subtle interplay between the differing elements, particularly the drums, percussion, bass and stabs. And it’s the success of this interplay that is key to the success of these records. Why? Answer – Groove.

Typically these are not the sort of records BBB would ever play out for a sustained period of time, however over the years the odd one has stuck, such as Samu.I – Traveller, Daze Maxim – Farbfilm (Dyed Soundorom Remix) and as a recently as last year YYY 398A – YYY. And like these records Mountain People 011.2 – Makcim & Levi Remix has gripped us with its irresistible groove and complimentary supporting sounds.

Thanks to [Phonica] for the heads up.