Ardyn – Over The River (Aesop) | Alternative 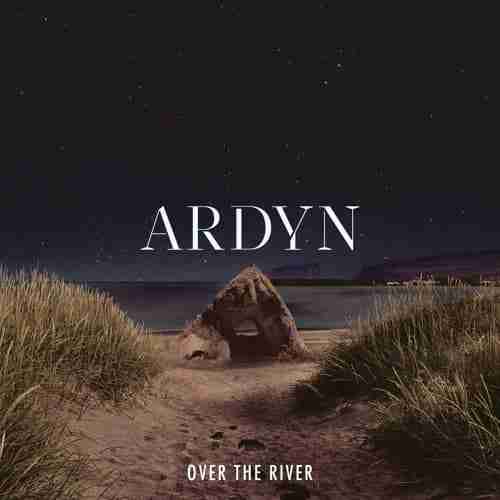 Since about the age of 8 music has always played a distinct role in my life, with each year and major life event since being marked by a particular song or album, all of which when played in the present day instantaneously transport me back to those cherished moments. In particular I remember, aged 8, playing my parents Thriller LP incessantly when ever friends were round; ‘Beat It’ being the most rinsed tune on that record, family holidays were Queen ‘One Vision’ and Phil Collins ‘Another Day In Paradise – the only two tapes my dad seemed to own, there may have been an Elton John double cassette lurking in the car also, but he never got a sniff as me and my brothers always demanded Queen or Phil. Equally as memorable were: Three summer holidays to Newquay, individually defined by Dodgy ‘Staying Out for the Summer – a tape my friend brought with him and I subsequently stole, sorry Mark, Underworld ‘Born Slippy’ and Stardust ‘Music Sounds Better with You’ – both of which were played in every club, every night about a billion times. First year of University was Faithless ‘Insomnia’ – our go to pre-drinks hype track, second year I got cool, not that I knew it at the time, with Sasha & Digweed ‘Northern Exposure’.  My two months in Thailand are remembered by iiO ‘Rapture’ (Original Version) – a random tune playing on a rickety barge whilst we island hopped, and the following 12 months in Australia marked by Basement Jaxx ‘Where’s Your Head At – a track we regularly blasted from our camper van as we road tripped it from Sydney to Melbourne’. More recently The Presets ‘Girl & The Sea’ always brings back those early heady days of Blah Blah Blah – a tune my fellow BBB’er Kris regularly dropped whilst playing room 2 for a local indie night back in 07. And to bring things right up to the present Bon Iver ‘Bon Iver’, The War On Drugs ‘Lost in the Dream’ and randomly Mr Probz ‘Waves’ define my second 12 months in Australia, 2013, whilst I studied Song Writing. And finally only 8 weeks ago, April 8th 2016, Isaac Tichauer ‘Higher Level’ (Bicep Remix) instantly transports me back to the Sahara Desert and the ‘Marathon Des Sables – it was the tune playing on my iPod as I ran the night stage on Day 4.

As you can see, the list is endless and not always particularly cool, but regardless of credibility it’s amazing how music can  capture a moment like a still photograph and palpably preserve the emotions of that event for years to come. In fact if a moment is not defined by a particular piece of music it leads me to fundamentally question its true significance.

Now with this heartfelt nostalgia you’re probably wondering what does Ardyn ‘Over the River’ signify, truth is nothing – at least not yet, but as I was listening to it the other day its ardent melancholy struck me as one of those records that has such a palpable emotional strain that given the right set of circumstances it could easily lodge itself into mine or someone else’s musical memoires. Haunting keys, earnestly soaring vocals combine with introspective lyrics to create an arresting and memorable piece of music that, regardless of my extended ramblings above, deserves your attention…

Ardyn – Over the River (Aesop)