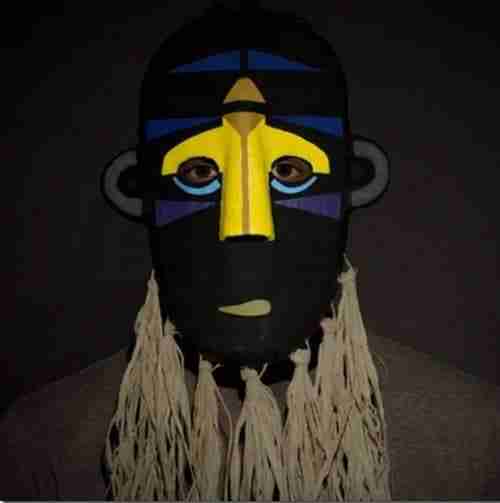 After hearing Sbtrkt‘s debut streaming on Hype Machine last week we decided to give it a full review. Unfortunately with the head honchos in Glastonbury, the less lucky writer for this blog ended up in the Isle Of Wight which, it turns out, is just as difficult to blog from as a muddy field due to the island being eternally stuck in the 80s and not knowing what WiFi is. Anyway, we’re back on solid ground now so here it is.

It’s been a while since electronic music has had any serious purchase in the mainstream consciousness. There’s been one-off Ibiza anthems and the production houses have been appropriating it at a whim for established pop stars (think Britney’s dubstep or Gaga’s electroclash). But not the kind of heartfelt, respected electronic albums that we’d like to see gaining success and being represented in the mainstream. Diplo is making some headway, letting Beyonce do kareoke over his Major Lazer hit Pon De Floor and producing Nicola Roberts debut solo effort. We’re not saying we agree wholeheartedly with these decisions but it’s nice to see people we respect getting noticed (and paid) by the bigger record labels, radio stations and fans. Fusing production with pop even more seamlessly are the likes of Jamie Woon and James Blake who have released two equally challenging yet commercially viable albums that both happen to be excellent.

SBTRKT fits in rather neatly with the latter two of these artists, his self titled debut is an electronic album produced and sung (in places) by him. Elsewhere his use of guest vocalists lends the album a distinctly commercial appeal without betraying the authenticity of his music. The music tends to be built on a frame work of skipping and shuffling percussion glued together with great dollops of low end. This alone would win him fans in the dubstep and 2 step genres but he doesn’t stop there. Over the top of these musical bones he laces an array of synths; dainty trickles, ravey stabs, acid bubbles and even ascending trancey chords. Then there’s his exceptional use of vocals, both as an instrument and a hook, cutting and co-ordinating non-lyrical noises as backing for the more conventional verse and chorus formula. Sampha takes on the majority of vocal duties and envelopes Sbtrkts already warm productions with a smooth soulful attitude.

Sbtrkt’s debut is a truly joyous yet unlikely melding of niche music with pop sensibilities that should gain the man behind the mask (and the genres he’s less guardedly representing) a great deal of attention. Add to this the album is released by Young Turks – the label behind surprise big hitters, The XX – and he could well have a winning combination.

SBTRKT – SBTRKT is out now and available from all good music retailers including Ape.