2016 has been a turning point for a lot of reasons; a year many would care to forget – hopefully 2017 will be better. The same can be said for 2016 at the movies. After the shockingly disappointing one-two gut punch of Batman vs. Superman: Dawn of Justice and Suicide Squad, DC are going to need to pull up their elasticated onesies if they’re going to satisfy audiences – though the hilarious trailers for The Lego Batman Movie suggest that they may have found their niche in ironic animated adventures. X-Men: Apocalypse was overstuffed and dreary, but it could be that Logan proves to be the shot in the arm that the franchise deserves. It remains to be seen, but for now here’s my list of the Top 10 Movies of 2016. 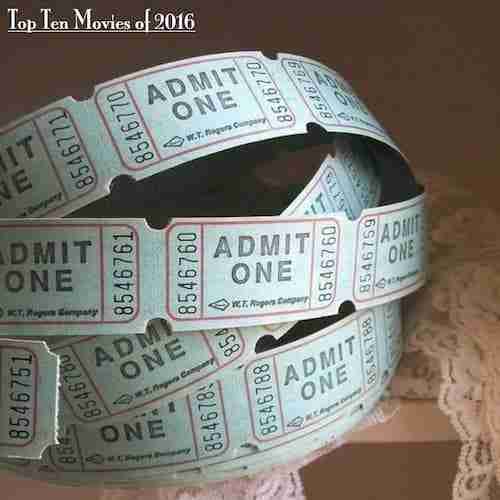 1. Spotlight. Impressive in its restraint, this journalistic procedural follows the incredible work of the reporters at the Boston Globe as they investigate and gradually uncover historic child abuse in the Catholic Church. Michael Keaton, Rachel McAdams, Brian d’Arcy James and Mark Ruffalo all put in sterling work as the reporters, but Liev Schreiber is quietly breath-taking as their new boss, an outsider to Boston whose fresh perspective and subtle determination prompts the investigation into action while most were happy to bury their heads in the sand. Also finishes with a post script which is heart-breaking and enraging in equal measure.

2. Captain America – Civil War. By the time most superhero franchises get to their third instalment, invention is usually replaced by bigger action scenes and a multitude of villains (see Spider-man 3). Such series’ then find themselves having to reboot. But Cap 3 miraculously balances new characters, rebooted characters, old storylines, new storylines, ethical debate, action galore and countless superheroes to become not only the best Captain America movie, but the best Marvel film to date. It’s nice also that the final showdown doesn’t reduce itself to the protagonists destroying half a continent. On top of this, directors Joe and Anthony Russo find time for a villain interesting and sympathetic enough to not require a big silly costume or super-powers, as well as severing Cap and Tony Stark’s friendship right down the middle as the inevitable issue of superhero accountability and government regulation rears its head. And then there’s the rumble at the airport…

3. The Nice Guys. After pleasing comic book fans with Iron Man 3, Shane Black gets back to pleasing fans of his earlier works such as Lethal Weapon and The Last Boy Scout with his breeziest, funniest film to date. Self-serving P.I. Ryan Gosling and muscle-for-hire bounty hunter Russell Crowe team up to track down a missing starlet. Black’s screenplay zings, but its Gosling who’s a revelation, equally at home with bruisingly hilarious slapstick, wordplay and deadpan reactions. A real treat.

4. Room. Brie Larson won an Oscar for her portrayal of a young woman (known only as Ma) kidnapped and held prisoner in a shed for years. With her five-year old son Jack, they personalise every object in their space making the viewer wonder at the persistence, creativity and imagination of children. It’s a haunting concept but the story’s horrors are largely kept off-screen, as is their captor. The stand out moment is their attempted escape, as Ma pretends Jack has died of an infection and wraps him in a rug for their incarcerator to discard. It’s the most nerve-shredding, edge-of-your-seat sequence of the year.

5. Arrival. Challenging, exciting, tense and unpredictable all at the same time, this cerebral sci-fi from Sicario director Denis Villeneuve sees huge monolithic alien spacecraft hovering over random sites across the world and the Earth’s governments needing to unite to gain an understanding of the visitors. Amy Adams’ communication specialist is recruited to decipher the aliens’ language but soon finds her past, present and future inextricably linked to this unique event. Adams, as expected, is affecting in her role, but it’s the what-would-I-do moral quandary at the film’s climax which will stay with your long after the credits role.

6. Rogue One. Its relative darkness and deviation from the tone of Star Wars may have prompted much debate, but it was refreshing to see the galaxy of long, long ago presented in a fresh new way unhindered by fidelity to the core characters. The alliance does The Dirty Dozen as a band of misfit rebels is charged with finding the plans to the Death Star so it can be destroyed. There are Easter Eggs galore that will keep fans freeze-framing for months and the film works well not only as a companion piece to A New Hope, but with its inclusion of Bail Organa and the lava planet Mustafa, it also works as a bridge between the original trilogy and the prequels.

7. Green Room. The much missed Anton Yelchin (in one of his final performances) travels with his punk band to a gig in the Oregon backwaters only to be held captive in the venue’s green room by neo-Nazi skin heads after a confrontation with a doorman spirals out of control. Bleak and brutal, Green Room is unremittingly pessimistic and doesn’t spare its young protagonists. No Hostel style torture here – just gut-wrenching survival, and it’s all perpetrated by an uncharacteristically savage Patrick Stewart, seducing the rockers into a false sense of security with his seemingly rational and reasonable negotiations before turning on them with knives and hunting dogs! Also includes the best last line in a movie for a long while.

8. The Hateful Eight. Not one of Tarantino’s best – the story is run-of-the-mill despite its epic running time, and there are less surprises than you’d hope – but it’s worth owning just for Ennio Morricone’s insidious, percussion and bassoon-led score, and Robert Richardson’s 70mm cinematography which captivates whether shooting the mountainous American scenery or the claustrophobic cabin in which a ragtag of Western stereotypes (played by, amongst others, Kurt Russell, Jennifer Jason Leigh, Bruce Dern and Tarantino regulars Michael Madsen, Tim Roth and Samuel L. Jackson) interrogate, intimidate and annihilate each other to find a traitor in their midst.

9. Deepwater Horizon. Back to his best after the misfiring Battleship, Peter Berg focusses on real life tragedy here, again with Mark Wahlberg after the brutal Lone Survivor (2013). Charting the explosion of an offshore oil rig which caused the worst oil spill in US history, the director racks up the tension as a series of incidents and profit-driven oversights threaten to cause the entire station to combust. Seen in IMAX, the resulting explosion is astonishing and the battle for survival for the men on the rig is harrowing. John Malkovich’s oil company man is an annoyingly pantomime villain, but Wahlberg and Kurt Russell get you through.

10. Deadpool. Not necessarily one of the best movies of the year (thin story, standard villain, some shaky effects) but it’s what Deadpool means for the industry that is important. The meta-textual, self-deprecating marketing campaign was the best in ages, creating real anticipation, and the film’s gloriously un-PC, violent and sweary tone proved that there is a market out there for more adult comic book adventure beyond 12 year old boys. Long may the trend continue!

And the let-down of the year?

Jason Bourne. It’s well-made as you’d expect from Paul Greengrass, but the franchise’s formula has worn thin. As with each of the other films, the plotline consists of a trio of action sequences (including a car chase), linked by scenes of a computer-room full of unlikeable CIA suits constantly trying to “find Bourne”, delete incriminating files and cover up shady, codenamed operations. Tommy Lee Jones is the craggy new Chris Cooper/Brian Cox/Albert Finney boss who’s in up to his neck in shenanigans – the actor doesn’t seem to identify with the words he’s speaking. The film also makes the mistake of including a major subplot about some social network user privacy issue which is likely to be out of date by the time the film hits Netflix. Worst of all is Bourne himself, who spent three movies trying to figure out his past, discovered it, and is now still completely miserable and scratching a living street fighting for change. The film adds nothing new to the story, which should have accepted its Ultimatum back in 2007.

So there we have it our Top 10 Movies of 2016 courtesy of BBB’s resident movie buff and Cineworld platinum member – Gaz Evans. Expect more pithy film related chat as we hurtle into 2017…