Radiohead – Cynical marketing ploy or Poking fun at the Internet?

Over the last few days you may have noticed that a highly prominent and well regarded band, ‘Radiohead’, have been systematically removing all trace of their existence from the Internet by deleting all their tweets, instagram posts etc etc. The exact reasons behind this move are unknown, expect that we all know a new album is imminent and like any famous person who does anything, literally anything, no matter how innocuous, the internet reports it for us. The cynical among you will no doubt see this as no more than another thinly veiled marketing ploy dressed up as supposed artistic liberation, which in light of Kanye West’s recent marketing transgressions is a very understandable position to take. 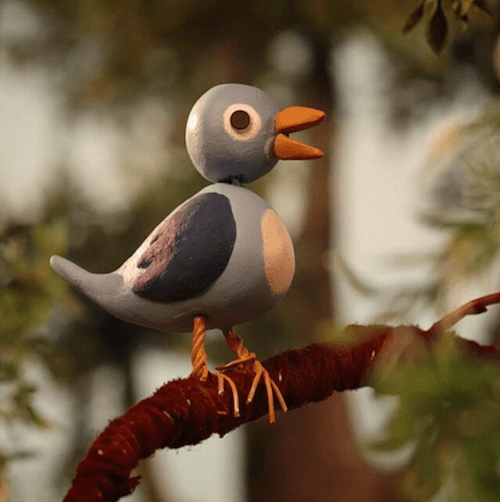 Today the plot further thickened as Radiohead stepped back into the glare of our handheld screens with two very ambiguous short instagram video’s that can only be described as ‘Childrens TV’, because essentially that is what they are, and if we’re not mistaken the imagery is taken from the 1966 TV series the Trumptonshire Trilogy. TV trivia aside, the Internet, as you can imagine, has lapped up these two short video’s with such a feverish inspired verve that both clips across Twitter & Instagram are collectively closing in on 100,000 tweets, plays, likes and hearts. We have to ask what is the world coming to when a band can tweet a fictional bird tweeting and we all flock round it like a manic seagull thats just discovered a discarded bag of chips…Shouldn’t we be slightly embarrassed?

Radiohead are long-time advocates of resisting the natural hegemony of western society, long before Zuckerberg even knew what a roll neck and keynote speech were, and we just wonder whether this is Thom Yorke and co experimenting with the internet and seeing how gullible it and its vast community really are? We’ll probably never know the true answer to that question, but their light hearted content made us chuckle as we imagined a smirking Thom Yorke casually wandering away from his computer screen to make a cuppa whilst the internet fell over itself in a frenzied fit of posting and sharing hysteria.

Radiohead aside you’re probably thinking what has this all got to do with Addison Groove and the latest Footcrab Edits? Well, and this may sound tenuous, but this is how my brain works, I was listening to the edits and thinking that sometimes we all get far too serious about our music and at times it just needs to be energetic and fun, this then made me think of the bird tweeting at our expense on Radiohead’s instagram account and combined both made me smile. Whilst these new edits dont offer a massive departure from the original record, both edits have sufficiently amped up the energy making them an essential addition to any record box that needs a new lease of life.