Readers of this also read…
How To Write A Hit Song

There’s nothing quite like discovering a great song. It can lift us up in our darkest hour, relate to us personally, bring joy and often times inspire us. Often times, for me at least, finding new music or just music in general is one of the few things that gets me through the day, that and walks in nature and reading my bible. Not very hard-core DJ I know, but I suffer with depression and at times it’s hold on me is unbearably strong…Thankfully music has the unique ability to transform the wilderness of our everyday surroundings. Pop in your headphones, turn up the car stereo and watch the grey drudgery of life evaporate before it’s irrepressible redemptive force. Yet the music we listen to are not our own thoughts and emotions! What if we’ve got something burning within that needs to be said? The answer, perhaps, is to write a song…

For many the thought of writing music or just generally being creative is perceived as the exclusive domain of the elite few. A suggestion of utter madness that should be filed alongside the idea of a property tycoon could become the US President or England winning the World Cup. But we’re here to tell you that songwriting is for everyone and we mean everyone. Granted you may not be the next Michael Jackson, but truth be told, who is? Michael Jackson was not Bowie, just as Bowie was not Prince and Prince not Leonard Cohen. You have a voice, thoughts, feelings, emotions, a personality (hopefully) and most likely a smart phone…all the ingredients to write a song.

Now some of you may already be writing music and wondering what’s all this NFL style pep talk nonsense. Yet as you will see from the following collection of song writing quotes this article is just as much for you as it is the novice writer. Like the novice you have most likely suffered from a lack of confidence or belief in your ability to write meaningful music. You have perhaps even considered throwing in the towel and getting a real job? Citing a lack of inspiration, natural creativity, or musical ability as your downfall – I’ve had to put my hand down so I can keep typing!

Yet Leonard Cohen states inspiration is for amateurs, Rod Stewart notes all his songs are written with the same four chords and numerous artists reference hardwork as a crucial component in the song writing process. Well who can’t learn four chords and work hard?…

Leonard Cohen – “Songs don’t dignify human activity. Human activity dignifies the song.” He said, in reference to the idea of inspiration, “Inspiration is for amateurs – the rest of us just show up and get to work. … A writer who waits for ideal conditions under which to work will die without putting a word on paper.” [Source: Berklee Online]

Madonna – “Songwriting is a really intimate experience, it’s kind of like sitting down with a stranger and telling them every secret of your soul…you have to be not afraid to make a fool of yourself.” [Source: Berklee Online]

Stevie Wonder – “I can’t say that I’m always writing in my head, but I do spend a lot of time in my head writing and coming up with ideas. And what I do usually is write the music and melody and maybe the basic idea, but when I feel that I don’t have a song, I just say ‘God please give me another song,’ and I just am quiet, and it happens, and it’s just amazing.” [Source: Berklee Online]

James Taylor – “There’ll come a writing phase where you have to spend the time, unplug the phone and put in the hours to get it done.” [Source: Music Think Tank]

Taylor Swift – “I’ve only thought about songwriting as a way to help me get through love and loss and sadness and lonliness and growing up.” [Source: Music Think Tank]

PJ Harvey – “If you want to be good at anything, you have to work hard at it. It doesn’t just fall from the sky.” [Source: Flavorwire]

Nick Cave – “Inspiration is a word used by people who aren’t really doing anything. I go into my office every day that I’m in Brighton and work. Whether I feel like it or not is irrelevant.” [Source: Flavorwire]

Dolly Parton – “It’s therapy. It’s fun. It’s creative. I love getting on a big writing binge and staying up a couple days working on song and knowing at the end of those two or three days that I’ve created something that was never in the world before. It’s like a feeling of creating, not that the same stories ain’t been told before, but it ain’t been told through my point of view. And it’s my way of relaxing. Songwriting is a hobby and to me it’s therapy. It’s a joy. It’s a thrill. It’s like mind exercises or something.” [Source: Flavorwire]

Prince – “Attention to detail makes the difference between a good song and a great song…Sometimes I hear a melody in my head, and it seems like the first color in a painting…When I write an arrangement, I always picture a blind person listening to the song. And I choose chords and sounds and percussion instruments which would help clarify the feel of the song to a blind person”. [Source: Flavorwire]

Leonard Cohen – “I’m writing all the time. And as the songs begin to coalesce, I’m not doing anything else but writing. I wish I were one of those people who wrote songs quickly. But I’m not. So it takes me a great deal of time to find out what the song is.” [Source: Flavorwire]

Hopefully the above 10 song writing quotes have left you inspired to write your first song or for those already writing, to keep plugging away. That said there is just one final quote we need to bring to your attention. A quote that strikes at the heart of why we do anything, a quote that needs to be carefully considered when identifying our true dreams and passions. If ignored, or not taken seriously, we run the risk of missing our true calling in life… Taken from the hit Netflix series ‘The Get Down’, read our review [here], Grandmaster Flash questions a young DJ as to why he wants to become a DJ:

“What is your purpose Grasshopper? [remember] It’s about music man. Music is the only reason. There’s no faking that fire that beats your heart for you, Boom Boom, Boom Boom”

If music doesn’t truly ignite that fire beneath you, a fire that you can’t ignore or shake regardless of success or failure then maybe it’s not for you. Don’t waste your time chasing someone else’s calling…find your own, whatever it may be. Chances are it’s waiting for you. 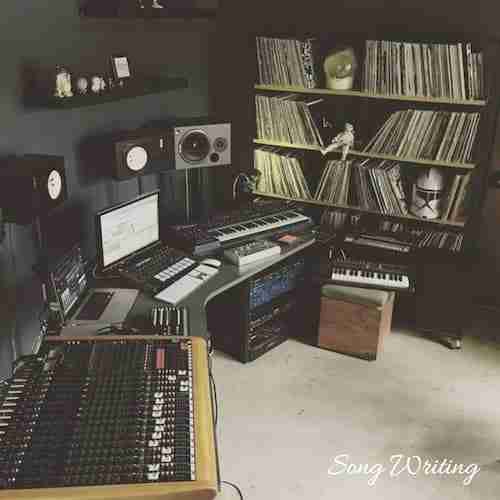 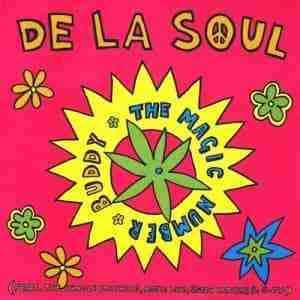