Festival Season is almost upon us and one of the first on the UK calendar is one of the more intriguing UK festival stories of fame, fortune, disaster and resurrection. From its inception in 2006 Bloc rose to prominence in a mountainous height of critical acclaim, but unfortunately, as is so often the case, what goes up must come down. In itself this descent doesn’t always have to be terminal, but all to often the dizzying effects of great success unwittingly allow hubris, over confidence and money to erode the organisations once proud foundations. Without this sure footing intact many organisations are unable to halt the decline and eventually topple over the precipice never to be seen again. In 2012 this story appeared to be, like many festivals before and since, Bloc’s concluding chapter. Yet its 2016 and Bloc is still gunning for the top with a line up to match, but how? 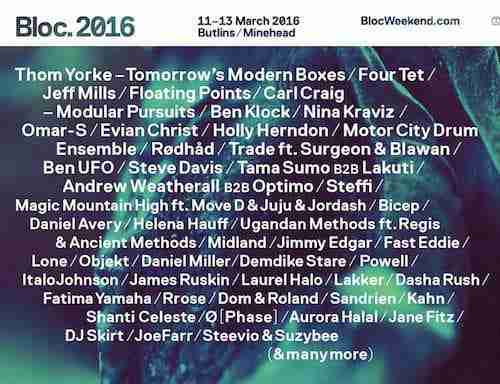 Financial issues aside, it comes down to what we stated earlier, how solid were the foundations? Was Bloc just about getting the biggest names and selling tickets, or was there something much deeper that still resonated with both fans and artists? Remember both of these parties lost money when Bloc was cancelled in 2012. We think the key to answering that question lies in the last two sentences of the following statement made by Bloc in 2013: “Returning full-circle to the underground setting from whence it came, Bloc reboots with ten shows in a new studio venue in London. The featured artists for these shows are an inspiration to Bloc and make it what it is. Respect to them for their support”. 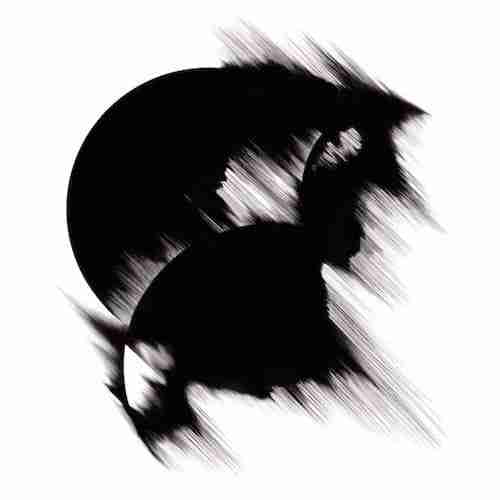 Irish duo Lakker have been flitting around the fringes of electronic music for over a decade, but it’s in the last few years that their distinctive take on techno has really taken off with seminal label R&S putting out their widely acclaimed ‘Tundra’ LP in 2015. Tundra got a 3.8/5 on RA and a whopping 7.8/10 via Pitchfork. With this in mind we decided to draw the curtains tightly, dim the lighting and invite the duo over to answer a few thought provoking questions…

BBB: You’ve played festivals, parties, club nights, even in your mates bedroom at some point in your career. No doubt some of those have been truly memorable and others truly forgettable, what is it the makes you keep coming back for more?

IAN – The love of the music. The desire and opportunity to create. It’s like a hunger that’s never sated, but in a (mostly!) positive way. We always want to make new music, explore new sounds, new ideas and then share them with people.

DARA – The crack, getting to travel and try new food, meeting interesting people, but mostly just because I enjoy writing music. I enjoy trying to make sonic worlds and then exploring them.

BBB: If you hadn’t become a DJ/Producer what do you think you would have done instead? Personally party organizing and running a label got us away from a career in insurance…

IAN – I’m not sure personally. The only other thing I’ve ever been serious about was being a professional footballer when I was a teenager. But as my passion for music grew and my passion for football waned, I never really thought about doing anything else other than music. Maybe I would paint or write, I have to create… I could never hold down a job, it’s just not for me.

DARA – When I was young my parents asked me what I wanted to be and I said many things like astronaut, fireman, etc but then for a while I said a hotel manager, which confused them for a bit, when they got to the bottom of it they found out that apparently it was because I just wanted to eat all the free hotel Breakfasts. Which is ironic because no matter how little sleep I get now when we’re away doing gigs I still get up and look forward to going down to breakfast and filling my belly.

BBB: Globally the sale of albums as a format is in decline. In the UK alone it has dropped almost 50% from its peak in 2004 of 163.4m units to 86.9m units in 2014 (data source: Music Business Worldwide). Why do you think this is, and do you think the LP is a format of a bygone era, or does it still have a future?

IAN – maybe it’s because of the ever increasing ‘short-attention-span’ and internet age we live in. People don’t often want to wait or give things time anymore. Instant gratification, quicker and quicker download speeds, over saturation of content… all these things are factors.

But ultimately I think people want art that is meaningful, and things that stand out from the rest. So honest, truthful pieces, like good albums, are with us for a while yet. And that’s a good thing in my book.

DARA –  To be honest there’s not much I can do about Global Album sales past present or future, but for me listening to a great album all the way through is still one of the best things there is to do: being brought on a journey by sound alone. A lot of my favourite memories associated with music were times when I sat down and listened to seminal albums all the way through.

But I saw on Graham Norton that even Elton John released his last LP on vinyl, so I guess it’s going mainstream again!

BBB: MP3’s, streaming, the global credit crunch and EDM are all impacting the way we consume music both in a live and personal context, only last week Universal announced plans to pioneer ‘Virtual Reality’ shows. Traditionally clubbing and club music was an underground movement, a liberating escape for many, however in certain circles it is fast becoming an exploitable global commodity. What would you like to see change in club culture (if anything), and how would you like to see it evolve over the next few decades?

Club culture has many positives and negatives right now. There’s loads of amazing music being produced, all kinds of styles and crazy hybrids which is amazing. But on the flip I find the atmosphere in clubs can be a bit disconnected. People enjoy themselves, but I feel there is something missing, a sense of something deeper, some truthful connection, to each other, to the music, to oneself. It does happen of course, that’s why people love coming together to dance and feel music, but we live in a very disconnected society and I see that reflected in club culture.

It exists in two streams, like most things these days: a virtual online stream, and the physical reality one. And there is a disconnect between the two, which creates unreal expectations, over the top hype, illusions… The internet could be used to really connect people, but all too often it’s used only in a superficial way. I see club culture right now as a vast network of global connections – through promoters, agents, venues, festivals, artists, cheap airlines, labels… anyone in this industry is only a few mouseclicks away – which could be used to push for real positive change in society. We are connected. We are unified. Together everyone in this scene, everyone that’s part of this beautiful, amazing culture – together we have a very loud voice. And we could use it to push for a more tolerant, open, positive, progressive society. Check out Motus in Mexico City and Bedouin Records in Dubai, for examples of people using music and culture as a means of progress in their immediate societies.

So moving forward I would like to see more of this kind of thing. More authenticity, less hype. More openness and tolerance, both musically and among one another. I would like to see gender equality – the boys’ club is boring and its days are numbered. Less emphasis on darkness and the uniform of black. More energy, connection, wildness and life. A return to the PLU rave ideals and using that to push for a better society around us. I don’t want club culture to be an escape, underground and disconnected from society, I want it to be a vibrant part of society that pushes and changes it in a positive way so there is less need for escape.

DARA – I try and only think about things these days in terms of “how would I like my daughter to be treated in this situation when she grows up” and then try and use that as a framework for how I interact with other people in the industry. Seems to work for me so far.

BBB: Music is always evolving and exploring new territories, what promoters, labels or artists, in your opinion, are shaping the future of electronic music?

IAN – I don’t really know. There’s a lot of great music around right now. Really great. But it’s been a long time since I’ve been properly blown away by any electronic music. Maybe that says more about me than the state of electronic music! There’s a lot of music that sounds amazing production-wise and fits nicely into current blog-hype, but for me lacks any real depth or longevity. It seems a lot of music exists more for people to discuss online than to actually listen to. Conceptually and culturally interesting but with little soul.

I don’t mean to sound negative, because I do think it is a really fertile time for electronic music! But I think we could have more.

The future of electronic music will benefit from more authenticity and less concern with style, genre, hype and story. Less intellectualising, more feeling.

I’m most excited about all the constantly mutating worldwide  “local scenes” , i.e. South African Gqom, Angolan Kuduro, Jit and Juke , The Glasgow “Lucky me” sound. I just love the fact that a group of friends or producers can create their own sound that’s unique, even in this hyper connected world.

BBB: And finally, what should we be looking out for from you in 2016 and beyond?

We have another EP forthcoming – there’ll be more info on that soon. And a brand new AV show to go along with that. And at some point this year we’ll sit down and work on a follow up album to Tundra. Plus a  bunch of other exciting solo projects.

BBB: Thanks for your time and intriguing responses, best of luck for 2016.