Four years have passed since the genre defining ‘Idealism’ and now they are back with their 2nd LP ‘I Love You Dude‘ out today. We caught up with them just before their upcoming performance at Exit Festival and asked a few probing questions……. 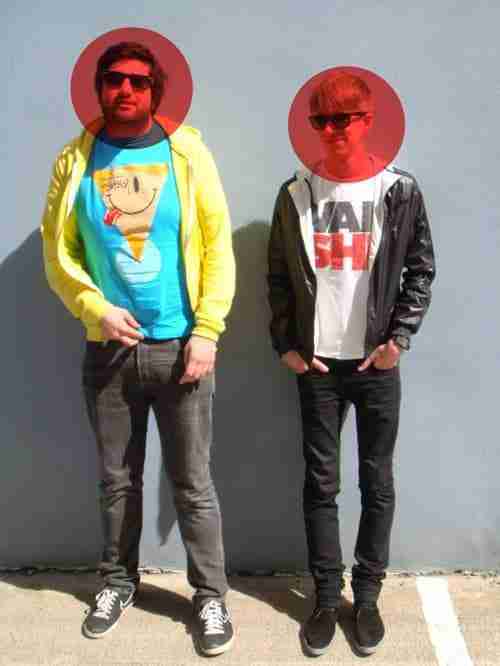 Digitalism: – We kind of just finished school! We started the band when we were about 20, 22, and we met while Jence was still going to high school and working in a record store in the afternoons. Isi was a regular customer, and he started as a trainee in the attached record distribution, so we’d be on the phone every day about new releases, and we would DJ the stuff on the weekends. After school when there was still time before everything blew off, Jence enlisted for law studies, and Isi for an apprenticeship in the distribution, but that was not a real option for life, and luckily we had to quit all that when our first releases came out.

We’ve always experimented with computers and tapes when we grew up, we taped a lot of stuff and we would make mixtapes for friends’ parties, program stuff on old 1990s computers and try out new technologies. When CD writers were actually affordable, that’s when we started burning our own music onto CD and drop it in our sets. We didn’t know we would be an electronic band one day, but you could say all this stuff was dormant in us, and it got out when it was the time for it.

Blah Blah Blah: – The Digitalism sound has always been dance floor focused with a strong indie-electro feel to it, how did this sound come about and were there any key artists & styles that heavily influenced your creativity?

Digitalism: – We started listening to club music very early in the 1990s, we would listen to early house records for example. So the bouncy stuff is somehow in us since a long time. Even when we write a ballad, it’s still something for the dance floors, it’s almost unavoidable for us. Since we grew up in the 90s, there are also some strong influences from Hip-hop and rock like Bodycount, Dr Dre or the Wu Tang Clan, and that’s were the silly side in our music comes from. It’s a certain cheekiness. A while after we started DJing, we got a bit bored with the usual weekly new releases, so we started introducing some alternative stuff, disco punk and electro clash in our DJ sets too, and that led us to listening to a lot more indie music than we’d done before. We really got into it, and eventually that formed the other end of our musical spectrum.

If you look at the 1980s post-punk music, it was a bit similar: They combined live instruments with the first synths and sequencer machines, and they came up with some beautiful, dark but glittering melodies, like New Order or early Simple Minds. You also can find that type of music in the soundtracks to very old computer games like Outrun or Last Ninja on the Commodore 64. Amazing stuff.

Overall, we tend to be really atmospheric and soundtracky, and that’s something we absorbed over the years from listening to lots of stuff by John Williams or Ennio Morricone, Vangelis and others. We think in imaginative films and pictures every time we come up with new music. So the whole bipolar sound was not a conscious decision, it was a very natural thing, and it’s just the type of music that we really love. That was also the reason why we started Digitalism: We wanted to make music that we absolutely love.

Blah Blah Blah: – When writing a track what process do you go through?, do you lay down the drums first, start with a sample, write a killer bass riff…..

Digitalism: – Lots of stuff derives from accidental jams with new gear in our studio. The start could be anything: A very special, very cool bass sound and its melody, or a riff. Usually we start with the instruments first and add beats afterwards to underline them. Music always comes first for us; we didn’t start out as professional, classic song-writers. Once there’s an instrumental, we think about possible lyrics and try to write them while adding the music again in the third step… It’s very chaotic. If anything takes too long, we get bored and make something completely new. That’s usually the best then.

Blah Blah Blah:……………and when recording are there any pieces of kit you would never enter the studio without?

Digitalism: – We love our compressors. Mastering engineers hate us for that. No space left, you know…

Blah Blah Blah: – The Indie-Electro sound of 06/07 re-ignited dance music to a young and expectant audience, why do you think you and your peers (Justice, SMD, Soulwax and others) were so successful at this time?

Digitalism: – By that time something happened that everyone called “nu rave”. They were talking about this new music, but in fact it was not a musical genre! There was no such thing… If you look at Simian for instance, they do proper deep techno, while the Klaxons are an indie band. The thing about all this was, that the audience was the same everywhere. All of a sudden, people who just watched an indie band ran over to another stage to watch Justice or us, even though the music was different. It was a great thing, somehow everyone got united, and it was probably also because all these artists gave dance music a new face, and there were new, young people coming to gigs and parties. Suddenly there were electronic acts that people could identify with, because they didn’t hide behind masks or walls of studio gear on stage. People could grab them and share their excitement with them.

Blah Blah Blah: – Since those heady days the indie-electro bubble has somewhat burst what with SMD embracing techno, and the other key players not releasing any new material until now. Did this change in the genre’s popularity influence the recording of the new album and if so how has the Digitalism sound evolved?

Digitalism: – It’s a bit sad of course that the scene split up into new things, maybe it’s about time to reunite everyone? – When we started writing the new album, we very quickly had the first ideas, and we just stuck to them. What happened to them though is a bit different than on Idealism. They turned out to be more extreme than on the first album. The melodic stuff is even more melodic, the hard stuff is harder, and the songs are much faster and slower. It’s probably a normal process after we toured our first album for almost four years and gained a lot of experience. We watched tons of other bands, played lots of gigs and hung out at almost every festival on the globe. We have more songs on “I Love You, Dude”, because we really got into songs since “Pogo” or “I Want, I Want”. Simple as that. Sometimes we feel like the first album was made by producers, and the new one was written by a band.

It’s not really meant to continue where “Idealism” stopped, it’s not a sequel, it’s a new thing.

Blah Blah Blah: – The new Album ‘I Love You Dude’ is out today, how would you describe the record.

Digitalism: – Everything is more extreme, and we took the songwriting a bit more seriously this time, because we didn’t want to stop at a 90%-performance like we did on “Idealism”, we wanted to go for 100%. “I Love You, Dude” is a pretty positive ride, it gets you down to Earth, you can have a sundowner moment with it, it will show you something big and a deep abyss too, but in the end, it’s all good. It’s all Digitalism again, but more.

Blah Blah Blah: – Finally, when you’re not making brazen dance floor electro what do you like to pop on the turntable in those more quiet moments, we’re quite partial to a little Jazz.

Digitalism: – We love Jazz! No trumpets allowed though. Isi is really into Turkish 1970s underground disco records at the minute, Jence has got all these soundtracks… Sometimes a little bit of silence, the sound of the wind or rain can be just as good, of course.

Thanks to Digitalism for talking to us.
Jonny Cassell (BBB).