For those of you who are regular listeners to UK Techno podcasts on Rinse FM and NTS will most probably be familiar with the Young Turks offshoot Whities. Affiliated with Jamie XX and currently ran by fellow DJ/Producer, Nic Tasker, Whities relatively tight knit community, of 5 EP’s from 4 artists, has decided to expand its inner circle by one, inviting the once nomadic Arizona Desert dwelling Avalon Emerson to release their 6th EP with her 3 tracker: Avalon Emerson – The Frontier. Reported to be inspired by the sounds of her upbringing has Avalon managed to capture the barren yet gritty beauty of the Arizona Desert? 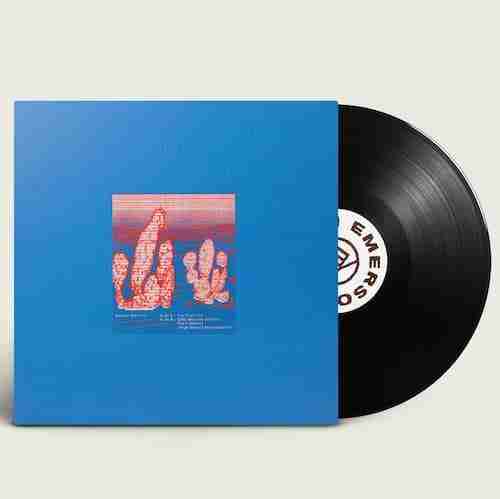 The A-side ‘The Frontier’ expresses abstract textures as it compounds emotional pads with scattered, hard-hitting hats and 808 overtones. Well fitting for turning the dance floor obscure in the early hours of a Sunday morning. On a similar tip the B-Side ‘2000 Species Of Cacti’ gives off a greater atmospheric feel with its use of creeping piano/synth tones and a slightly techier other worldly groove.

Of the three tracks on the EP ‘Frontier’ & ‘2000 Species Of Cacti’ are undoubtedly the highlights, both strongly demonstrating Emerson’s qualities as a producer and her desire to translate the sounds of her childhood into engaging compositions. The only slight negative to the whole package is the Synthapella version of ‘The Frontier’, with it’s overly stripped back barren sound lacking the shimmering drive of the original. Rather than just stripping out the beats there was perhaps an opportunity to expand upon the original synth line and take the listener on a more immersive journey through the perceived landscape.

That said, Avalon Emerson has delivered a fine debut record on an unobtrusive yet confidently growing label. Having not visited the Arizona Desert personally we will have to assume that the gritty beauty caught in this record will feel just at home in Arizona as it does in the club.

Avalon Emerson – The Frontier [Out Now]