2011 was the year that Bass Music officially severed its embryonic ties to Dubstep and established itself as a definable genre. Its fair to say that Bass music benefited from the ever increasing exploitation of Dubstep as a commercial sub genre of pop. Whilst majors were squeezing every penny from the genre and student nights across the UK hammered Dubsteps greatest hits week after week Bass Music was able to bloom as the new underground sound of choice. Its a new and exciting era for Bass Music with fresh and often mesmerising ideas being pushed by an increasingly talented fraternity of producers. The latest to catch our attention is London based Jack Dixon. 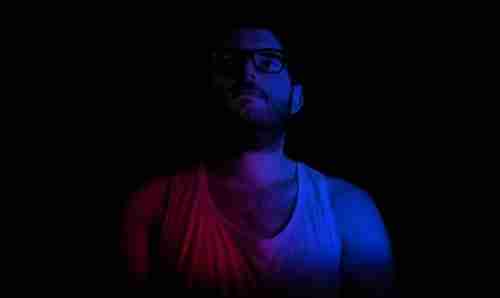 The South East Londoner has been busy over the last year steadily building a solid reputation for himself with his ‘Running Man EP‘ release on Man make Music, and his ‘Dead Mans Switch EP‘ on Skint Records amongst a number of other singles. However its Jack Dixon’s imminent release on Hypercolour’s sister label ‘Losing Suki‘ that prompted us to write this article. Filled with floaty synths, dubby vocals, contrasting heavy bass and crisp warm drums the ‘Knowledge EP’ is arguably his best work to date and consequently has already received huge support from a number of major players, such as Mary Anne Hobbs, Tensnake, Eats Everything, Mosca, Christian Martin, Marcus Nasty among others.

Of the four tracks on the EP, two in particular stood out, ’60 miles’ with its bouncy 909 drum sounds, futuristic soothing synths and trademark dubby vocals combining to give off a spacious and summery vibe and ‘You old’ with a catchy main riff, vocal refrain and driving four to the floor drums. For overall content this is one of the strongest EPs we’ve heard in sometime, suggesting to us that Jack Dixon is one to watch for 2012.