It has been a few years but the Blah Blah Blah crew are back, fresh and ready to party! And what better way to come out of the shadows than with a BBB regular who has smashed it for them many times before. Put down your boxsets Totally Enormous Extinct Dinosaurs has booked a flight from LA…

Contrary to the handle – Totally Enormous Extinct Dinosaurs is still very much alive and well. His 2012 debut ​Trouble​ continues to be well-loved and Orlando remains in-demand as a musician and songwriter. “It’s mostly been about collaborations, remixes, and singing on peoples’ tracks again,” he assures his fanbase of his time away, while also hinting that Totally Enormous Extinct Dinosaurs fans should expect the unexpected in the near future.

Well the unexpected has already happened with his tantalizing global smash ‘Heartbreak’ a track he cut with another Brighton legend – Bonobo. “We were imagining dancefloors and those feelings that keep the dream alive,” Since then Higginbottom has also hinted that the long-awaited follow up to ’Trouble’ is imminent. A record he promises will reveal his true scope and vision as an artist. Club-ready and contemplative, melodic yet bumping, ecstatic and wistful, the next iteration of Totally Enormous Extinct Dinosaurs is on the horizon. 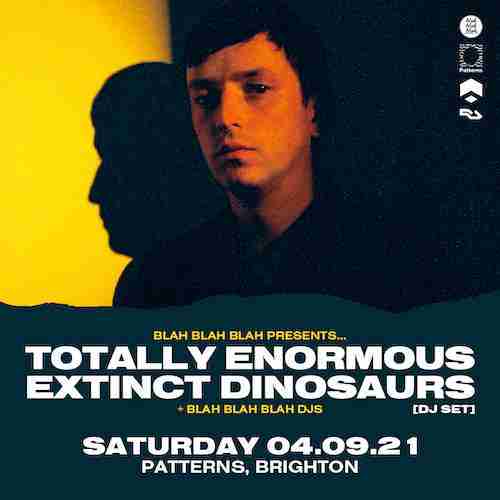