Since we wrote this article vinyl records have continued their resurgence within the underground dance music scene and  music streaming has further strengthened its grip as a whole – now making up 80% of all music industry revenue [Statista.com], as apposed to 35% when we originally wrote this piece. However this format war didn’t just start in the mid 90s – with the creation of the internet, it has been perpetually raging since the 1900’s…

Music has gone through more wardrobe changes than the average Lady Gaga show and with Universal announcing earlier this year their plan to launch VR (Virtual Reality) music experiences to connect fans and artists in a totally new immersive experience we can only assume that the music industries constantly evolving format has more twists, wrong turns (Mini Disc), and happy endings to come. Even in the early 1900’s format wars have always defined the industry, back then it was Edison’s phonograph cylinder duking it out with the vinyl disc, in the 80’s it was Cassette tape vs CD and now its CD, Vinyl Records, Digital Downloads aka Physical vs Music Streaming or is it?

So what is the future, well having read numerous articles, tallied various industry sales figures and product launch dates there appear to be three recurring themes that have perpetually driven the industry, profit, portability and to a lesser extent fidelity i.e. the quality of sound. Without doubt profit has always been the key driving force behind the decisions of the most influential people in music, vinyl records were cheaper to reproduce than the phonograph cylinder as more manufactures had access to its technology. In the late 70’s cassette tapes were the new kid on the block, and with their portability, relatively lower cost in terms of manufacturing and playback consequently led them to ruling the 80’s. However by 1983 there was another kid in town the ‘Compact Disc’. Although initially the cost of the CD was prohibiting its ability to usurp its rivals, costs began to plummet and its portability and cost advantages over vinyl records and its fidelity advantages over tape led to what is widely accepted as the golden era for record sales (the 90’s) or as many analysts dubbed it, profiteering by the Major Labels. During this time the Digital Mini Disc emerged and whilst a commercial flop it perhaps heralded a new Digital dawn, a dawn that one of its primary creators ‘Sony’, who are one of the three music majors, failed to fully grasp. In 1995 the internet was made available to the general public and with the falling cost of home PC’s, CD Burners and large hard drives a musical coup ensued with file sharing ‘Napster’ leading the charge; and like a deposed dictator the fallout was messy.

File sharing threatened to derail the whole industry, why pay £15 for a CD when you can just burn your mates copy or simply share the file and store the music on your hard-drive. Further exacerbating the situation was the launch of perhaps the most influential moment in musical history since the Gramophone, the iPod in 2001. Your illegal files were now mobile, you didnt even need to burn a CD. The Majors collective confusion on what format to back and Napsters opportunism left a huge gap in the market for legal Digital downloads, an opportunity Apple identified and exploited. Apple became the dominant force in music circles and effectively the fourth major as they plugged the file sharing gap with a high quality legal alternative. An alternative the majors were effectively forced to embrace due to the threat of illegal file sharing and lack of any other credible alternative. However in recent years even the mighty Apple have been caught on the hop with a similar show of miscalculation towards a new format, music streaming. Perhaps blinkered by their success and over confidence in their own model for sharing music Spotify launched their music streaming service unchallenged in 2006, and like Napster before it, began to wrestle control from music’s traditional custodians. So what is the future?…

Well there will always be money to be made in music and whilst the industry has shrunk since the golden 90’s, which on reflection was perhaps overly inflated due to the excessive amounts being charged for CDs, we can surmise that whilst profit, portability and fidelity are still key drivers you would have to say there is now a fourth factor that is driving change, the buying public. Given the revolutionary platform we have burnt CD’s, file shared, ripped a YouTube file, signed up for a free Spotify account etc etc. The industry can no longer simply dictate how we consume music, it can influence us like Apple is doing by removing the disc drive from their computers, but it can’t make us adhere to its preferred model. If you’re anything like us, you’ve bought some music on vinyl because your a DJ or its a piece of music you value greatly, occasionally a CD for the car, or your parents, who dont get the whole MP3 thing. If you dont want the whole album you’ve bought a digital download on iTunes and if your not sure about the music you’ve streamed it first on YouTube or Spotify. Your reasons may differ from ours but the principle is the same, given the options we now prefer to consume music in different ways for different situations, and whilst Format Wars will continue to rage far beyond 2016, amongst those who stand to profit or not from our choices, we will largely pay these skirmishes little consideration and continue consuming music in a variety of ways, it is unlikely we will ever return to a single choice.

Readers who read this also checked… 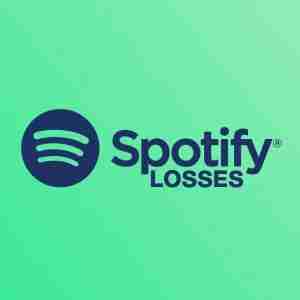 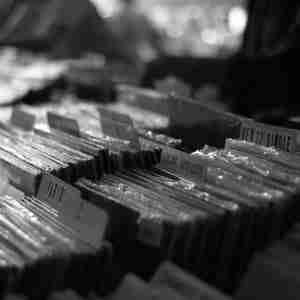